The Museum of the Future, which stole all eyes on Sheikh Zayed Road due to the strangeness and beauty of its design, opened its doors in September 2020.

The Museum of the Future is located in a privileged location in the heart of Dubai, within the “Dubai Future District” area that includes Emirates Towers and District 2071 of the Dubai Future Foundation and the Dubai World Trade Center And the Dubai International Financial Center, in a region that is the largest in the region to design and manufacture the economy of the future. 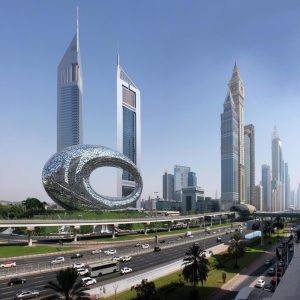 The building was designed by architect Sean Killa to offer visitors a first-of-its-kind interactive experience.

The Museum of the Future is considered an unparalleled urban icon around the world, and it won the “Tecla” International Award for Building as a unique urban model, as there is no building in the world that was built based on similar techniques, and relied on special techniques that distinguished it from other buildings.

The Museum of the Future is an engineering miracle on an area of ​​30,000 square meters, 77 meters high, and consists of 7 floors. It is characterized by the absence of columns inside, which makes its engineering design a milestone in the field of urban engineering. 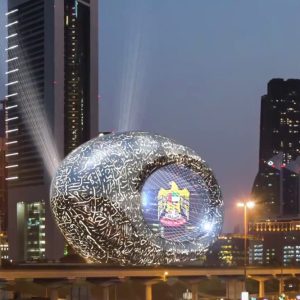 The facade of the museum consists of 1024 pieces of art entirely manufactured by robots and executed in a unique way, and energy-saving LED lights were used in the outer panels, extending 14 kilometers in length, giving the facade of the Museum of the Future an attractive appearance, especially at night.

The facade of the Museum of the Future, extending over an area of ​​17,000 square meters and lit by 14,000 meters of light lines, is decorated with inspirational quotes by Sheikh Mohammed bin Rashid Al Maktoum in Arabic calligraphy, designed by Emirati artist Matar bin Lahej.

The museum includes 7 floors that employ the latest virtual and augmented reality technologies, big data analysis, artificial intelligence and human robotic interaction, to provide visitors with immersive experiences that answer many pressing questions related to the future of humans, cities, human societies and life on Earth, all the way to outer space. 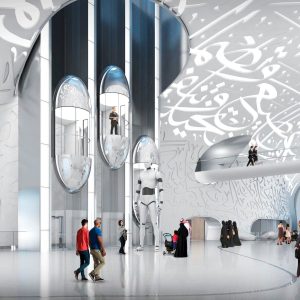 The exhibits inside it will also change every 6 months, to keep it in line with global technological changes.

The Museum of the Future is distinguished from traditional museums around the world by being the first to provide an incubator for innovative ideas, technology and future projects, and a global destination for inventors and entrepreneurs. 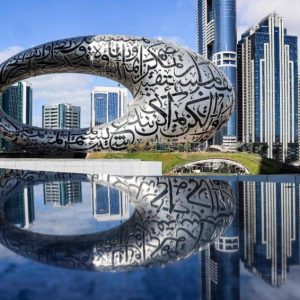 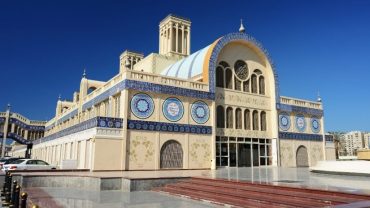 The Sharjah Central Market, or as it is called the Blue Market or the Islamic Market, was built in 1978. It is considered one of the most beautiful and largest markets in the United Arab Emirates, with more than 600 shops and food destinations spread over an area of 80,000 square meters. The center building […] 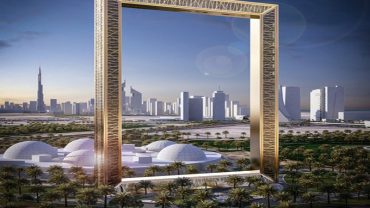 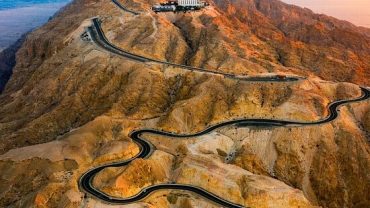 Jebel Hafeet is a mountain belonging to the Al Hajar mountain range. Jebel Hafeet is located on the border between the Sultanate of Oman and the UAE, where the eastern and southwestern two-thirds of Oman belong to, while the northern part belongs to the UAE. Jebel Hafeet rises 1,240 meters above sea level and is […]